I haven’t been posting here very much. In truth, I’m too busy doing writing for grad school to make many posts here. It feels great to be in school full time. It’s a good time for change for myself and the world.

In my transition and other transitions, I will miss a few TV icons that are dying off as we speak: Breaking Bad and Dexter.
Sometimes those changes we must face are scary or full of meloncoly-well, that’s life. Overall change is good, and things in the world need to end, while other moments and or narratives just begin.
Such is the cycle of life or the creative life.
Have an A-1 Day and Sunday! 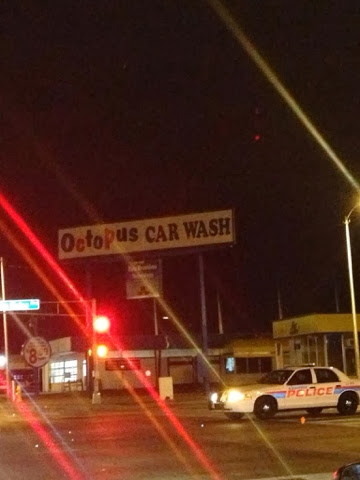 1.Terriers on FX on Wednesday nights–super under-rated , brilliant. Created by
the makers of ‘The Shield’; give it a chance. I love the underlying theme of dogs
on the show…interesting. Hopefully the PR campaign doesn’t backfire on them. Think
Big Lebowski in San Diego, which is a refreshing location for those of us sick
LA based shows.

3.The Big C-SHOWTIME-Sunday nights: Laura Linney, Oliver Platt, John Ben Hickey.
Cancer can be funny after all. And how can you not love a Bassett Hound?

4.Boardwalk Empire-HBO-Sundays: Steve Buschemi and Michael Pitt at their best yet
again. A few years ago they did a movie together called ‘Delirious’ which is where
the camera chemistry started. Ying and Yang works. The roaring 1920’s are back and
HBO is too.

5.Running Wilde-FOX-Will Arnett’s sense of humor is very much like my own, so I
can’t help but love the utter silliness of this show. A nice change.

6.Raising Hope-FOX-Martha Plimpton and Cloris Leachman plus some young stars make
this show Fox’s funniest since “Malcolm in the Middle”.

7.The Defenders-CBS-Jim Belushi and Jerry O’Connell are both trying something
different and I do mean it. They both are really acting and the show is
interesting. Screw critics, its original and funny. Very like a funny Perry
Mason.

8. Outsourced–NBC-has some serious potential to be great…and its nice to see a
show not based in the USA for once.

9. Outlaw-CBS-as we learned from last seasons Dexter, Jimmy Smits is an ex con-
servative judge turned lawyer. Plenty of twists and turns and Smit’s stellar
acting makes it worthy of watching. So far his cases are current, debatable
topics that hold your interest for sure.

Good TV shows that got better:

1. Mad Men-AMC-See my previous blogs, it’s still the best show on TV in about 10 years.

2. Fringe-FOX-When Lost ended, this show got better…or is it just that we all paid
attention better now. Great writing, acting and more.

3. Eastbound and Down-HBO-Danny Mcbride and Katy Mixon two of my favorites-hilarious
stuff.

4. Lie to Me-FOX-(now run by the former ‘The Shield’ show-runner)has made a huge leap
to quite an incredible show. Tim Roth at his very best.
Full episodes: Lie To Me

5. Sons of Anarchy-FX-It never lets me down and now has a cult following with just
cause.

6. Bored to Death-HBO-the best fake detective show ever written. Jonathan Ames is
one of our great modern writers.

7. Royal Pains-USA-didn’t bore me this season; good a second time around and it now
has Henry Winkler on it.

9. Modern Family-ABC-I shouldn’t have to say anything about this show, it’s just
awesome, and the only current sitcom that has a John Hughes quality.

11. Last Chance Highway-ANIMAL PLANET-the only other reality show I watch about a
cute family who save/rescue stray dogs in the deep south. A bit like a ‘Best in
show’ but the real story with lots of heart.

12. Dexter-SHOWTIME-its back and also one of the best shows on TV in the last 10
years as well.