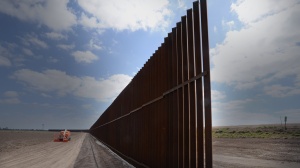 carmelovalone:
And since 1993 not one terrorist has ever entered the US through the Mexican border. #thefence documentary on @HBO

carmelovalone:
The new fence that separates US/MEXICO statistically has not decreased illegal crossings, but increased in migrant deaths. Migrants now have to go even deeper into the most dangerous parts of desert (They are forced to now as the border fence covers the ‘normal’ flat lands of the desert, but it leaves the most dangerous parts alone)

I have wanted to write a few blogs about a few great Plays (I will very soon write one for the debut of Tim Robbin’s brilliant new play!)and other instances that I have deemed as of late as ‘blog worthy’ but I have been way too busy with too many writing projects to write anything. I am finally coming up with a little extra time so here goes…a quick note for you all. 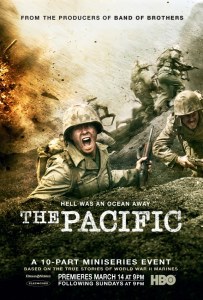 I just wanted to express publically that HBO’s new miniseries “The Pacific” is war film making at its best on many levels.

1.Incredible screenwriting and character development. Not once was I bored or left guessing “What did that feel like?” The devil is in the details and in the writing, and this series is solid proof of this.

2.All of the actors in this miniseries are the future of Hollywood. It was as if we were watching an old film full of the old ‘brat pack’ from the 80s-90s a la “Platoon” http://en.wikipedia.org/wiki/Platoon_(film) But these guys are an entirely new group of talented honest and real group of actors who I predict-will take over this town by storm.

3. The cinematography and perspective-the most honest and graphic depiction of war I have ever seen.

Mind you I never served in any form of military but this show is exactly what I would expect to see good and bad. Redeeming and vilifying. If you missed this show, go check it out. And as a final warning just don’t watch it while eating, there are some seriously gut wrenching moments that made even me cringe. I was huge fan of Band of Brothers but this mini blew the Band of Brothers out of the water (bad pun intended).

The most incredible part of it all is that it’s all true, good bad sad and beyond-it’s all true.

That’s all I can say. I don’t want to spoil it for any of you.

Nobody likes a spoil sport anyways….. 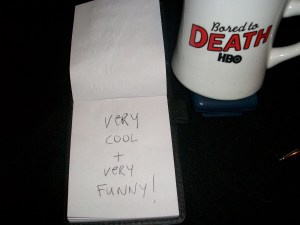