Since I am still sick (on tons of cough syrup so excuse my typos), I have been catching up on my new favorite show-Mr. Selfridge on PBS.
Sorry Downton Abbey, but Mr. Selfridge is way less pretentious. I really do love the spirit of this show, as it holds and plays many different cards at once. The creators really have captured the early American (Uk/world) dream of personal success within the free markets on so many different socio-economic levels. In other words rich or poor, we all have problems and or issues to face.

The show takes place in London around 1908. This was way before all of the Walmarts, and or the Targets of the world took over. And the whole cast is fantastic to say the least, Mr. Selfridge aka Jeremy Piven, is the show’s “king of retail,” and really shines quite well in this new world. I guess during his lengthy stint on “Entourage,” I forgot how talented Mr. Piven actually is. Once again, he has won me over and totally re-invented himself.

In closing, this show really has a great historical simplicity that makes me wish I could have been around to see and know. It’s kind of the ultimate hipster, economics history lesson if you will. We’re all gently reminded of how we became more global, but at the same time, our society still had plenty of real ladies and real gentlemen to choose from-and plenty of scoundrels as well.

After all, Don Draper had to have had a grandfather too, right? 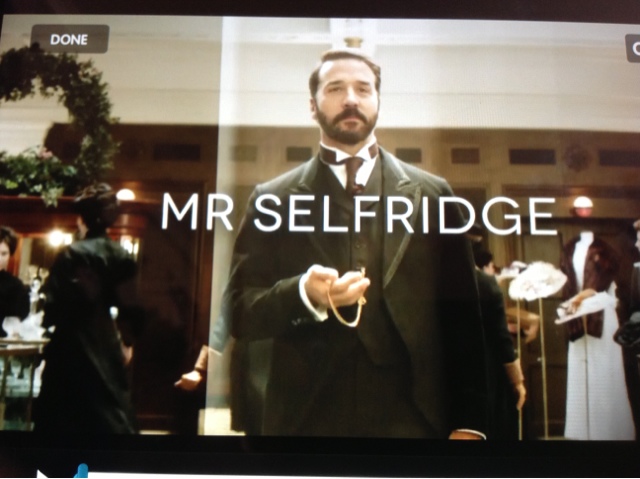