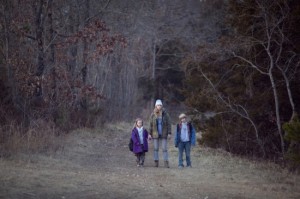 Winter’s Bone is the next big Academy Award winner; I know it’s an early prediction but it’s rightfully so. This dark story based on the Daniel Woodrell’s 2006 “Ozark Country Noir” novel is brought to the screen by director Debra Granik and it is positively brilliant from start to finish. This is an honest look at life in this part of the country and is refreshingly free of parody or condescention. There is no judgement of the people that live out in the Ozarks, more so a humility and warmth in the portrayal of them.

Jennifer Lawrence is the young star in question who shines brighter than any lost penny in an Ozark wishing well. The other bright light is a previously unused to his capacity actor: John Hawkes. He is one of my favorite actors working today, and here he delivers an Academy Award worthy performance.

Go see it if you can. I’m no critic, and as matter a fact I don’t usually agree with them. Most of the critic’s reviews have been either really good or really bad. Winter’s Bone is a rare gem that I consider to be modern day classic. It very much reminds me of Steinbeck’s “The Grapes of Wrath”. Consider this; times have changed for either better or worse but this film is full of archetypes that will keep you on the edge of your seat, watching while wondering, is this America? You’ll say “yes it is”, and the moral highground has long been washed away. 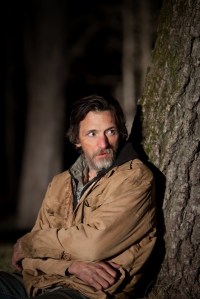